Probiotics : Understanding the Use of Bacterial Spores in Improving Gut Health

Modern researches have been focusing on bacterial spores production not only for their environmental impact but also for their use in probiotic applications. 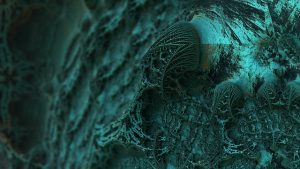 The highly-resistant features of spores have made it difficult for chemical manufacturers to come up with new disinfectants that can destroy not only the microorganisms but the spore-forming bacteria that build their ecology.

Understanding the Concept and Purpose of Probiotics

Probiotics are biotechnology products formulated for healthcare purposes. The goal of probiotics is to empower the human body’s gut microbiome in maintaining positive gut health. The latter is a condition in which there are more good microorgasnims supporting the digestive and immunity systems and its processes, which include destroying the disease-causing bacteria that fnd their way into the body.

Probiotic products are made from good live bacteria, which makes use of spores to ensure survivability while inside the harsh and acidic environment of the digestive tract.

What Exactly are Spores?

A spore is basically a cell produced by spore-formers of fungi, bacteria and certain plants such as ferns and moss. Spores produced by certain bacteria have thick walls that enable the microorganisms to survive harsh and humid environmental conditionsm and at the same time withstand high temperatures.

Spores formed by bacteria are known to be more resistant than fungal and plant-based spores. However, there are bacterial spores that have been identified as dangerous/ The most common is the C. perfringens, which causes food posioning, while the most dangerous spore-former is Clostridium botulinum as it is capable of producing potent neurotoxins that have been proven fatal.

Bacillus spores are the species in use in agricultural, industrial medical and pharmaceutical biotechnologies. Bacillus spores are widely available in air, water and soil. Researchers hatve identified more than 40 types of the bacillus species have been identified as having physiologic characteristics and ability to help in the production of antibiotics, metabolites and enzymes.

Although some bacillus species have harmful effects, those approved for probiotic purposes are the benign organisms proven as having low risks in producing pathorgenic and toxigenic substances harmful to humans, animals and plants. In fact, in the US, the use of spores in probiotic biotechnology is governed by the Toxic Substances Control Act and enforced by the Environmental Protection Agency (EPA),3

A good example of a probiotic food supplement is the Megasporebiotic, which the manufacturer claims is a hundred percent spore-based supplement. It’s made from a blend of 5 types of bacillus spores that have 99.99% survivability while in the digestive tract; allowing its spore-formers to release good bacteria that can form protective barriers that help ensure gut health, which in turn, helps strengthen the immune system.